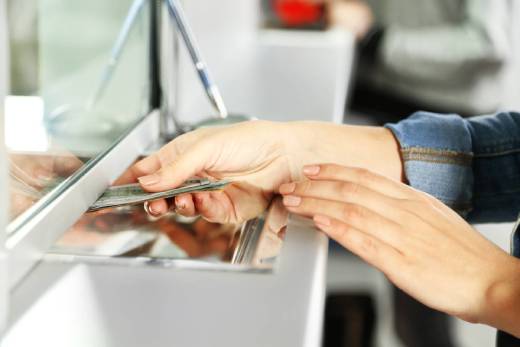 If you hold an outstanding balance with a creditor and have fallen significantly behind on payments, creditors have several collection methods they may use to collect on debts owed to them.  One common form of collection is through a bank levy.  To obtain a bank levy, a creditor must first obtain a judgment from the Court to do so.  If granted, the creditor will then have access to your bank accounts.  The creditor will be able to place a freeze on the account and you will no longer be able to withdraw funds.  However, you will still be able to make deposits.  Once the outstanding debt has been paid in full, the levy will be lifted, and the creditor will no longer have access to your account.

HOW CAN A CREDITOR OBTAIN A JUDGMENT OVER MY BANK ACCOUNT?

In order for a creditor to levy your bank account or pursue other collection methods, he/she must first file a lawsuit against you in the Civil Court. The Court must declare them to be a “judgment creditor” before they can begin collecting from your accounts.  Once the lawsuit has been filed, the creditor must serve you with the summons and complaint, notifying you of the creditor’s claim against you.  Within the next 30 days, you are given the opportunity to provide a response in Civil Court and dispute the allegations, if you wish.  If you fail to provide the Court with a response during this period, the Court may issue a default judgment in favor of the creditor, allowing them to move forward and ask the Court to issue a bank levy. Once filed with the Court Clerk, the creditor is able to begin levying funds from your account.  By disputing the allegations, you may be able to negotiate with the creditor to reduce the amount the creditor intends to levy or prevent the levy entirely.

Federal agencies, such as the IRS, are not required to obtain a judgment from the Court in order to levy your bank account.  Instead, they must notify you of the levy and provide you with time to pay the outstanding debts.  If you do not feel that you should have to pay the debts, you may provide a written response to the agency.

Another common method of collecting debts through a Court order is through a wage garnishment.  Once a creditor has obtained a judgment from the Court to go about a wage garnishment, they can contact your employer and require them to begin withholding a portion of your paycheck to pay off the debt owed to them.  This may be done until all debts have been paid off.

In some cases, creditors may attempt levying a bank account before garnishing wages.  One of the reasons for doing so may be because taking money directly out of an account could provide the creditor with the owed money quicker than if they were to receive wage garnishments.  Wage garnishments take much longer to pay off debts because creditors are only able to garnish wages up to 25% of the weekly disposable income per transaction.  However, if you already have enough money in your accounts to cover the debts, the creditor will receive their balance quicker, and you will also be rid of the creditor sooner.

HOW CAN I PREVENT A BANK LEVY FROM OCCURRING?

If you fear that a creditor will potentially levy your bank account in the near future, you may be able to prevent them from gaining the power to do so.  For example, if you choose to file a Chapter 7 or Chapter 13 Bankruptcy, creditors are unable to place a levy on your bank account due to the Automatic Stay.  Pursuant to 11 U.S. Code § 362, the Automatic Stay is enacted as soon as your Bankruptcy Petition has been filed and prevents creditors from taking further action against you during the relief process.  One of the areas of protection under the Automatic Stay is preventing creditors from placing a levy on your bank account.  Creditors will be unable to file any additional lawsuits against you in Civil Court, preventing him/her from pursuing a bank levy.

If filing for Bankruptcy is not the most feasible option for you, another way to prevent a bank levy is by filing a Claim of Exemptions.  Sometimes creditors may attempt to levy funds that are protected by the law and cannot be levied.  Common examples of exempt funds include government-issued benefits, such as social security or worker’s compensation, and child support.  Once the Court has entered a judgment with the creditor to levy your accounts, you will have up to 10 days to file the Claim.  The Claim provides you with the opportunity to list any funds that qualify as being exempt.  In addition to the Claim of Exemptions, you are required to file a Financial Statement, which lists that the funds claimed are for basic needs, and a Declaration.  If the creditor has any objections regarding your claims, a hearing will be established and the Judge will review the paperwork to determine whether to grant or deny your Claim.

If you are hoping to avoid taking legal action with the Court, it is important to take the following steps to prevent a bank levy from being placed on your accounts:

WHAT SHOULD I DO NOW?

If you fear a creditor may attempt to place a levy on your bank account, contact us today to begin discussing your options.  We will evaluate your case to determine what options are best for and prevent your accounts from being levied.

Get the Financial Freedom You Deserve.

Modesto Bankruptcy Attorneys were amazing. They were there for me every step of the way and explained every...

I had to make a hard decision on filing for bankruptcy and was very confused and lost with my situation. Paul...

My husband and I are thankful to have Simran on our side. He was compassionate and professional during our...

Modesto Bankruptcy Attorneys and staff are the best. They are very knowledgeable and patient. Because of them,...

Having to file for bankruptcy is never a fun life experience. But thankfully with Paul and his amazing team,...

I have referred this group individuals who have needed assistance several times. They have handled each case...

Paul is great to work with. He explained everything in detail and made the process a better learning...

Paul was very prompt in responding to my inquiry. He understood my situation and provided expert legal advice....

Paul was extremely knowledgeable and professional about educating me on my legal options and made me feel very...

Great attorneys. Mr. Bains and Mr. Hundal are professional and caring. Highly recommend them for anybody who...

This is an excellent firm run by highly qualified attorneys. Their service was superb. Will be coming back.

Paul Bains is the best! If you need someone who is experienced and cares to help you, look no further. I've...

A professional firm that puts people before money. They went above and beyond on my case and got me exactly...

Paul and Simran are a fabulous team working together. They bring professionalism and trust at the core of...

Best bankruptcy attorneys in Modesto if you are looking for affordable representation. Do not waste your time...

Being very knowledgeable and professional, Paul and Simran will walk you through the entire process and help...

Paul and Simran were fantastic in helping me during this crazy time we are living in. They were always...

Provided me with great guidance and knowledge with the problems I was facing. I would highly recommend Mr....

Highly recommend this firm. Very knowledgeable and courteous. Definitely would use this firm in the future.

Simran and Paul were very professional in my dealings with them.  We did all of our correspondence via email,...

Paul and Simran provide excellent services.  Professional and responsive. Attorneys that address their...

Was referred by a friend and was not disappointed. Seem to have your best interest and outcome for you instead...